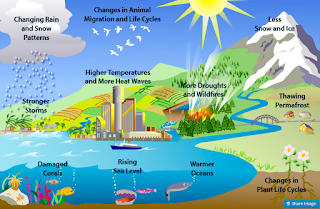 First my personal opinion, I think whatever the consequences of increased human activity such as C02 emissions, increased population and deforestation are already baked into whats going to happen in the next 30-40 years. The consequences maybe (and its a big maybe) mitigated by actions now, but it will be 30-40 years before results will be seen. I'll be dead by then, so I have decided not worry my little head over whether mitigating strategies will work or not, but to have exit strategies for probable outcomes.

Anyway regards Climate Change (and thats the correct term not Global Warming, which a possible/probable scenario)

Whats Irrefutable Science
a) CO2 has increased from 280 parts per million in 1850 to about  385ppm  today and its all human.

Long wave radiation gets absorbed by C02 (and other greenhouse gases including H20) and increases troposphere temperature to satisfy the radiation balance.
i.e. If we did not have feedback effects like clouds etc, the increase in temperature due to C02 could be calculated exactly (see here)

So what are the issues with the science

e.g. Clouds. When temperature increases increased evaporation and/or increased humidity (even this sentence has so many feedbacks). That should increase clouds, which in turn can reflect (albedo) incoming solar radiation which in turn can reduce troposphere temperature. Clouds are some of the least understood phenomena in the climate system, i.e. formation, dissipation, albedo (reflection) etc.  Worked in this area for about 6 years, and published too. Worked on a huge atmospheric radiation project as well and published.
b) Missing sink in the carbon budget (maybe its here).

The total amount of human addition of C02 is known. The problem is the totals dont add up. i.e.  All the human output cant be accounted for, there is a missing sink. Terrestial sinks are well understood, and consensus has been the missing sink is in the ocean. This link has a first order numbers what carbon is where (http://en.wikipedia.org/wiki/Carbon_cycle).  To further complicate the problem, what will happen to sinks if temperatures increase (increase the amount stored/decrease).  This is not even getting into issues like deforestation etc, draining of marshes and the feedbacks thereof 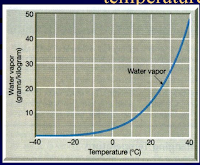 The Water holding capacity of the Atmosphere, increases dramatically around 30 C. This means that there will be bigger rainfall when atmosphere temperatures approach and pass 30C. No only increased rainfall, the amount of rain will increase exponentially with little changes in changes in Temp after 30C.

http://www.icr.org/article/simulation-noahs-flood/
The shallow water equations, and currents produced are correct. (The shallow water model is one all oceanography grad students get to play with in first year).
So whats the problem (two among many)
a) Tethys Sea and Pangea were 250 million years ago.  Humans have only been around 200K years at most. Right away conclusions of this paper are not appropriate (downright falsehood) for anything during the time of humans (primates and large mammal too for that matter).
b) The Tethys sea was around the equator. So authors are saying if at higher latitudes, then such currents could occur. So if we disregard the human/Noah component and take the paper for its sedimentary transport etc input, even that is very very bad science.

Some questions answered
>how do you support that the increase is all human?

Increase in C02 from 280ppm  to 385ppm is less than all the C02 emitted by humans
(i.e. Theres a sink somewhere for some of the C02 produced by humans).
First order accuracy of human C02 emissions is by coal, petroleum and natural gas combustion.
(Straight forward calculation, no hand waving)
All Fossil fuel combustion CO2 for last 100 years > 385-280 ppm * volume of atmosphere
i.e. All C02 increases in last 100 years is from humans is irrefutable.
>I've heard there is more CO2 in the ocean than the atmosphere and changes there could affect CO2 in the atmosphere.

Yes, please please see these links Missing sink and Carbon Budget
What you are referring to is a feedback, i.e. increase in ocean temperatures will reduce C02 carrying capacity and release C02 into the atmosphere.
>solid work on how much effect water vapor has in comparison to CO2 ?
>I have heard some opinions that the water vapor is a larger effect.

Yes, C02, H20 and Methane are the most important greenhouse gases (i.e. by long wave attenuation).
See here for temperature contribution by each green house gas.
The atmosphere maximum water vapor content is determined by the temperature.
When water vapor reaches 100% humidity it precipitates, so there's a upper limit to water vapor in the atmosphere.
Its pretty clear, only control on water vapor is atmosphere temperature.
C02 and Methane have no limits at current temperatures.
Methane is also green house gas.  Cows flatulence contains methane and there were some cows arse articles on cow flatulence being more important than CO2.  See here for a reply to that thinking

Email ThisBlogThis!Share to TwitterShare to FacebookShare to Pinterest
Labels: Environment

Diabetes and BPH (My experience)

The issue with BPH is that you have to urinate often and very little each time. I could not travel from Colombo to  Puttalam without getting off the bus twice, in a 3 hour ride. 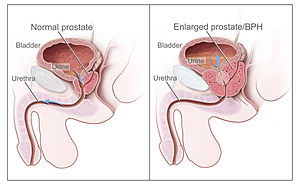 BPH is a nasty little problem, which affects many men over 55, (I was 53 in 2012) specially those who have been sitting at a desk job for many years of their lives.  That said the medication for BPH is readily available in Puttalam. Puttalam is not a town I would associate with a many who do a desk job. So maybe BPH is more common, and just does not affect only those who do a desk job.


When I was diagnosed, with Diabetes (Type 2) and BPH, started taking medication.
For the Diabetes:  Metformin (2x500mg) and Gliclazide 3 times a day
For BPH:    Urimax (tamsulosoin) and Finast (Finasteride) twice a day.

Urimax medication was not really a solution.  It kind of solved the urination problem. However made me very thirsty and would drink a liter of water at a time. So still had to pee every hour. i.e. Back to square one.
The even bigger problem was that it made me very lethargic and un motivated.

The Diabetes medication did keep blood sugar down., That said  even so a slight cut/tear in between toes would lead to a painful infection. Even had to resort to circumcision because outer skin would crack
because of urine dribble (now I am truly American/Jewish/Muslim).

So have worked to a relatively medication free solution, by my experience.

BPH  (Benign prostatic hyperplasia) is the easy one.


One word: Squat. If possible urinate in that position.
Obviously urban go getters cannot be peeing in squat position at work or at home. Maybe the home front will make exceptions to watering the the plants/trees in the garden. However,  I doubt the home-front is going to be happy with you wearing a sarong and squatting and watering the front lawn.

Wait: There is a work around:.
Just do squats at work. Try as best to get your buttocks to touch your ankles. I still cant get my buttocks to touch my ankles, just make do with the crouching position.  Hold the heavy desk or door to help getting up.  Just explain to your co-worker you want to develop your thighs (it does).

Fun and Expensive Solution:  Booze and Sex. OK you can cut down cost of sex with self help. You still have to pay for the booze.

I tried to get around paying for booze.  The cashew apple/fruits apparently can be made into wine. I took that info and made 5 liters of Cashew Wine. Tried, tasting some of the cashew wine I had made.  The cashew wine didnt seem quite right. So tasted a few more sips or maybe it was gulps. I think I woke up two days later, somebody had drunk the whole 5 liters.

For people who care about useful Trivia, Cashew, Poison Ivy etc produce  urushiol, which is generally a allergic reaction for non Sri Lankans (thats a personal experience to be written up another day).


No Easy Answer.
Like I said earlier, I could not walk around (or not walk) because my feet would get infected, even while taking medication.
What has worked for me is just physical work, in the sun, no shirt or hat (bald head).
I think as a dark skinned person I need to be exposed to the Sun for me to be healthy.

No work around:.
If I stop working for more than a couple of days I start to feel unhealthy. Skin drys up more than the "current" normal.

Fun Solution:
Enjoy doing hard labor for at least 4-6 hrs for 4 days a week.
Maybe can cut down on the hard labor with the right diet, and right herbal stuff.
I still drink many beers, not often unhappily, get sozzled drunk once a week smoke too many cigarettes ( all  bad for Diabetes),.

Below, the original notes I made when started making lifestyle changes (I think 2015)

Diabetes 2
About a year back (as of 2015) , drank neeramulli (Artanema fimbriatum) and polpala
very day for about a week. Both grow wild here.
http://en.wikipedia.org/wiki/Artanema
http://www.ncbi.nlm.nih.gov/pmc/articles/PMC3510869/

Quick search suggests that diuretics should not be used when having BPH.
The general local thinking its not good to drink every day.
Figured it could not be worse than the Urimax.
Also as often as possible sit and pee.
still working on squatting with both feet flat on ground.

Lots of hard phyiscal work, like cutting grass, trimming trees and moving earth.
From about 7 amd to 10:30 am in the sun without a shirt or hat (I have shaved head)
Then again from 4pm to 6pm.

Slowly Stopped all Meds about a month or two later.
Blood sugar back to normal, dont have to worry about wounds.

No issues about peeing, would not say its as great as when a teenager.
But dont have to get off the bus every hour when travelling.

Other than the physical work and now the occasional neeramulli or polpala no real change in diet/lifestyle. Eat whatever is there rice/stringhoppers/bread and booze about once a week, about 570 ml
(1/2 +1/4 of 750 ml) 33% alchol/Gal and some beer.

I am not sure if the Neeramulli/Polpala made a big difference.
I think just a push.  More likely hard work and sun was the factor.