Glyphosate Found in Urine of 93 percent of Americans Tested 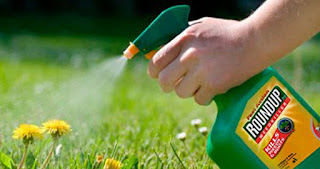 Glyphosate, labeled a “probable human carcinogen” by the World Health Organization’s cancer agency IARC in 2015, has now been revealed to be ubiquitous in the first ever comprehensive and validated LC/MS/MS testing project to be carried out across America.

In a unique public testing project carried out by a laboratory at the University of California San Francisco (UCSF), glyphosate was discovered in 93 percent of urine samples during the early phase of the testing in 2015.

The unique project, which has already provided more urine samples for testing than any other glyphosate bio-monitoring urine study ever in America, was supported by members of the public, who themselves paid for their urine and water samples to be analyzed for glyphosate residues by the UCSF lab.

(n.b. US West and mid west has the most agriculture)

Glyphosate residues were not observed in any tap water samples during the early phase of the project, most likely due to phosphorus removal during water treatment.
The results from the UCSF urine testing in America showed a much higher frequency and average glyphosate level than those observed in urine samples in the European Union in 2013. The average level in Europe was around 1 PPB with a frequency of detection of 43.9 percent.

Glyphosate has never been studied by regulators or the chemical industry at levels that the human population in the U.S. is being exposed to (under 3 mg/kg body weight/day). This is a huge hole in the risk assessment process for glyphosate, as evidence suggests that low levels of the chemical may hack hormones even more than high levels—a higher dose does not necessarily mean a more toxic, hormone disruptive effect.

From Comments
Glyphosate (Roundup) was initially patented as a pipe descaler -- it binds with minerals, making them easier to remove. It binds with minerals in GMO crops (which are genetically modified to withstand it's lethal effects) as well as in humans, blocking absorption/utilization.