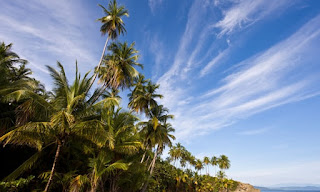 A must read article for Sri Lankans (and others).

If we want to have any hope of averting catastrophe, we’re going to have to do something about our addiction to growth. This is tricky, because GDP growth is the main policy objective of virtually every government on the planet.

In fact, the part of Costa Rica where people live the longest, happiest lives – the Nicoya Peninsula – is also the poorest, in terms of GDP per capita. Researchers have concluded that Nicoyans do so well not in spite of their “poverty”, but because of it – because their communities, environment and relationships haven’t been ploughed over by industrial expansion.

With a life expectancy of 79.1 years and levels of wellbeing in the top 7% of the world, Costa Rica matches many Scandinavian nations in these areas and neatly outperforms the United States. And it manages all of this with a GDP per capita of only $10,000 (£7,640), less than one fifth that of the US.

argue that it’s all down to Costa Rica’s commitment to universalism: the principle that everyone – regardless of income – should have equal access to generous, high-quality social services as a basic right. A series of progressive governments started rolling out healthcare, education and social security in the 1940s and expanded these to the whole population from the 50s onward, after abolishing the military and freeing up more resources for social spending.

Email ThisBlogThis!Share to TwitterShare to FacebookShare to Pinterest
Labels: Environment